This War Without an Enemy is a 2-player strategic block wargame on the first English Civil War, during which the Royalist forces fighting for King Charles I were opposed by the English Parliamentarian troops and their Scottish allies, the Covenanters, in a struggle for political, economic and religious control of England.

-         Initiative Phase: each player plays a card to determine player order for the Strategic Phase.

-         Strategic Phase: each player, in turn, spends the action points on the card they played to move blocks and/or recruit (deploy new blocks or add strength to existing blocks).

-         Supply Phase: blocks exceeding the supply limit of an area are reduced in strength.

-         Victory Phase: if the marker on the Victory Track has reached 3 or more VPs for a player’s side, then that player has won the game. 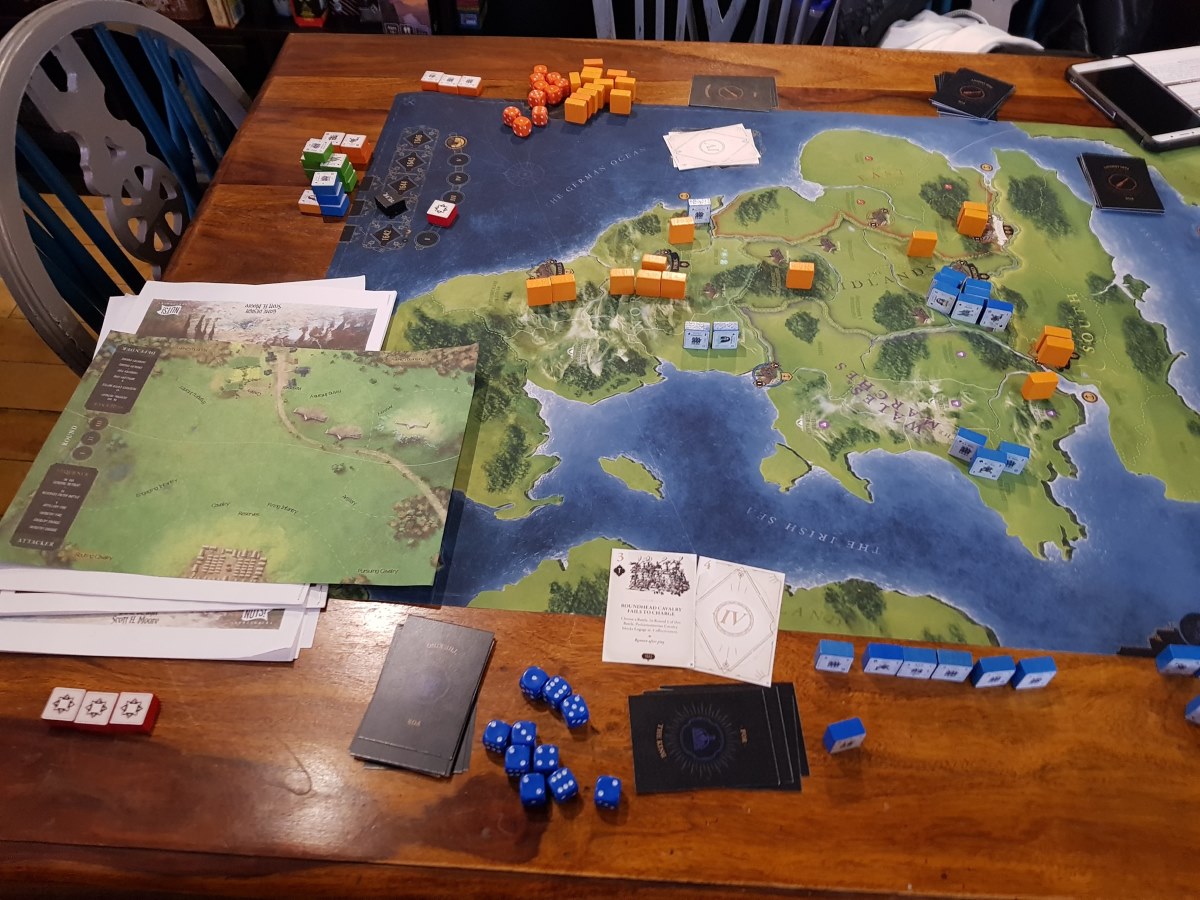 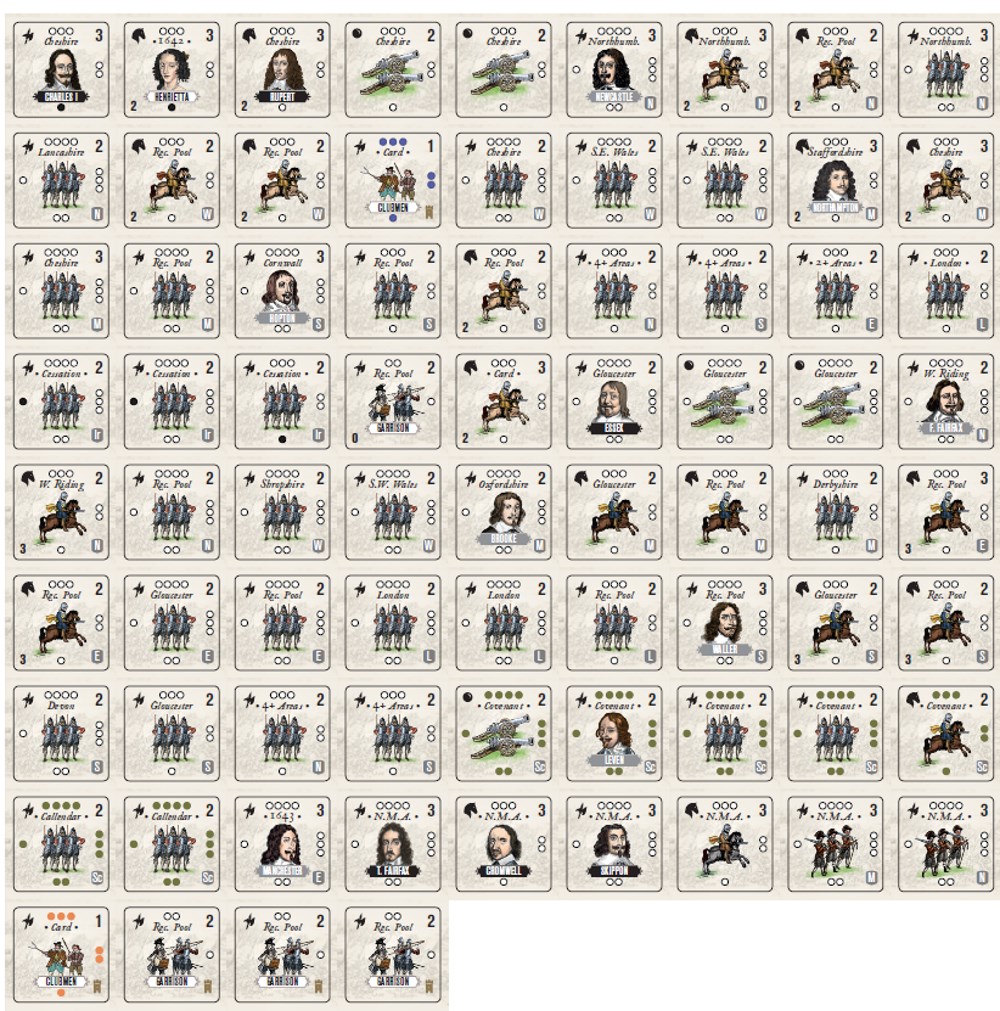 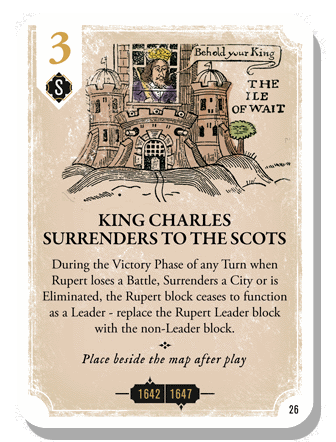 • This War Without an Enemy:The English Civil War 1642-1646 ENGLISH VERSION

You can download the free PnP fo the Picrocholine Wars in Resources.  Les Guerres Picro..