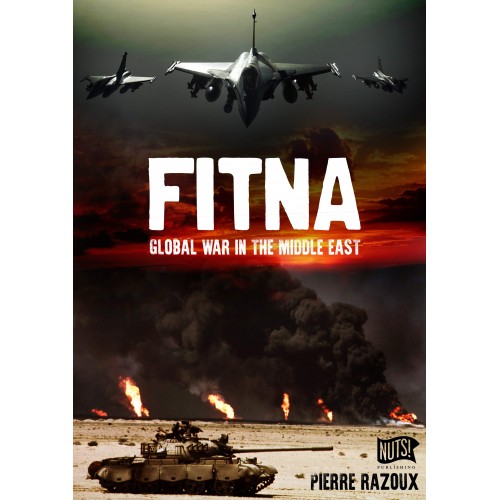 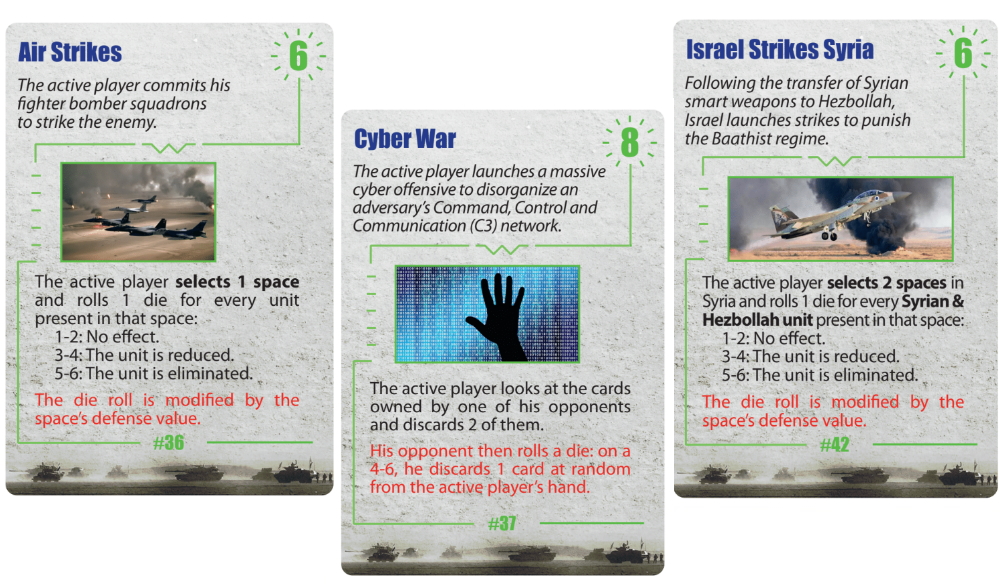 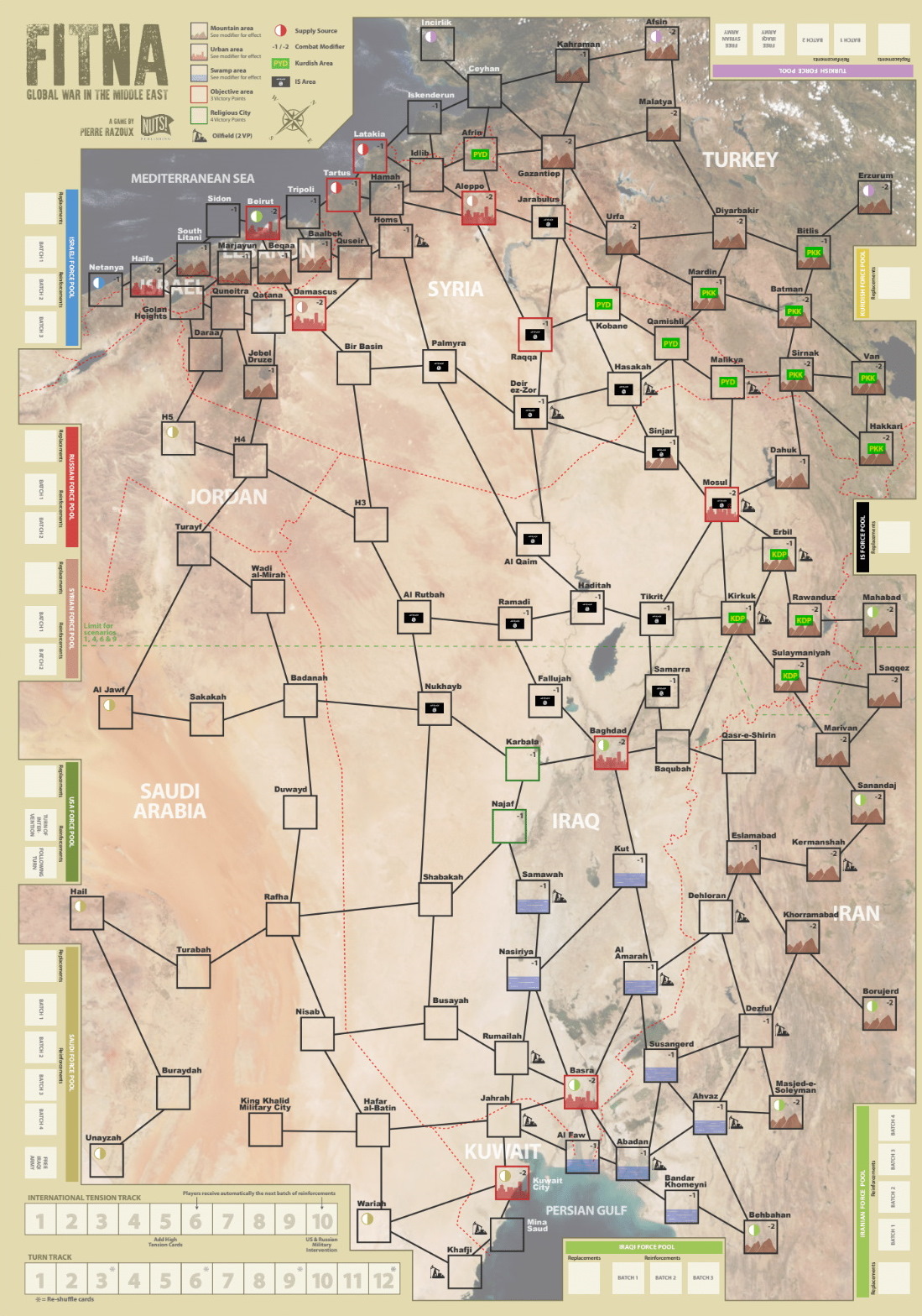 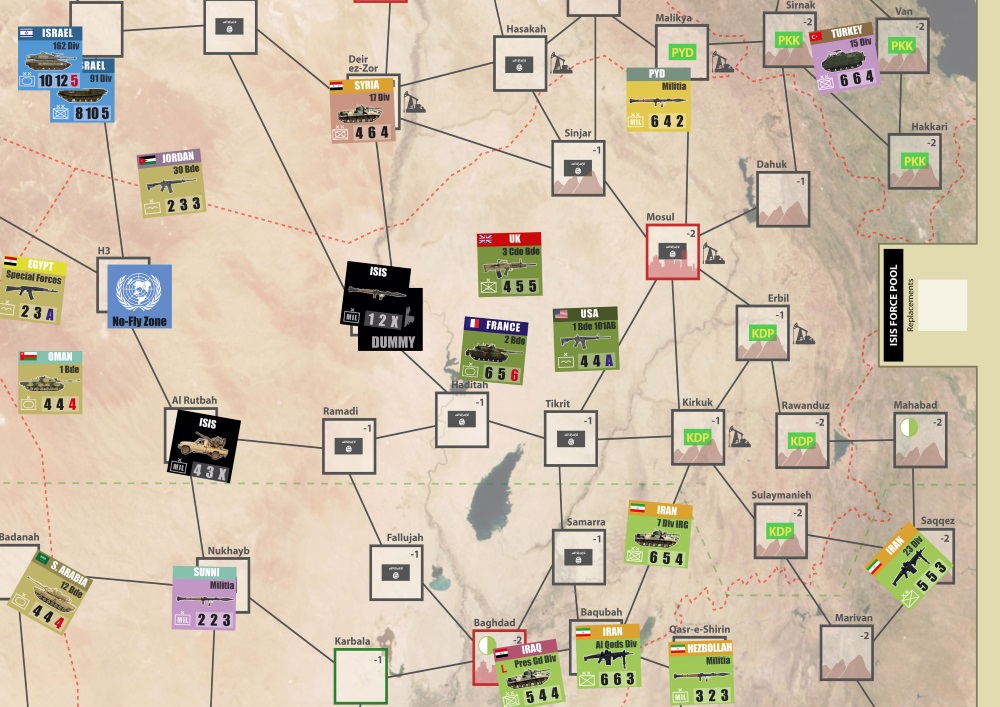 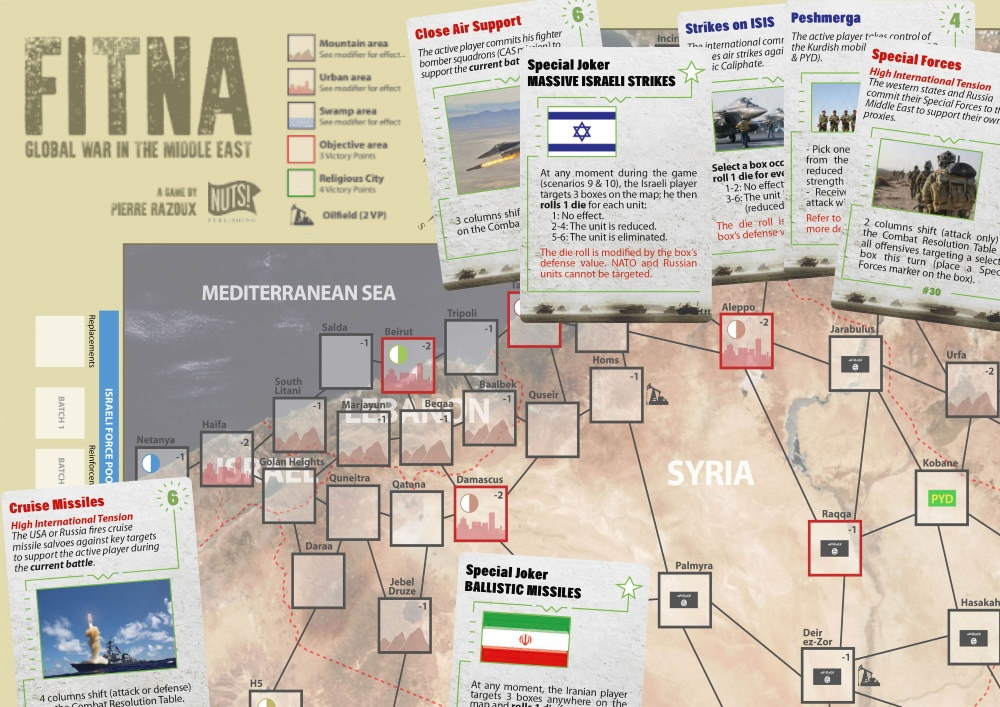 ·         “Fitna: global war in the Middle East” (2-6 players / 12 turns) combines “Limited war between Iran and Saudi Arabia” and “Regional war in Syria” in a long hypothetical scenario campaign using all rules and counters.

Add to Wish List Compare this Product
OK
We use cookies to ensure that we give you the best experience on our website. If you continue to use this site we will assume that you are happy with it.
Nous utilisons des cookies pour vous garantir la meilleure expérience sur notre site Web. Si vous continuez à utiliser ce site, nous considérons que cela vous convient.