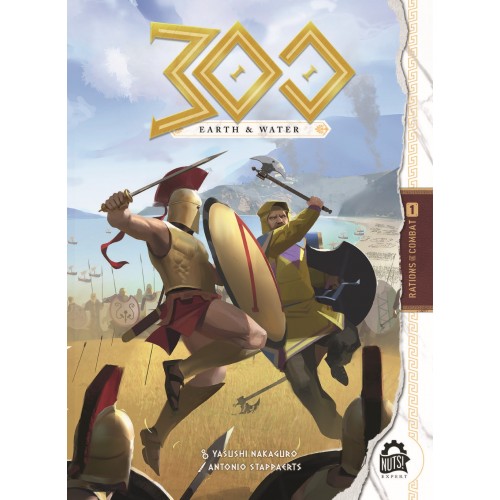 In 500 BC, Ionia rebelled against Persia's rule and Greece supported it. With this "foreign interference" as an excuse, the Persian empire decided to invade Greece. In 492 BC the Persian forces attacked Macedonia from land and sea. The Persians and the Greeks fought fiercely at Marathon, Thermopylae, and Salamis. Against the overwhelming forces of the Persian empire, the Greeks used superior tactics and "weapons" such as hoplites (heavy infantry) and triremes. The Greeks had also excellent leaders in times of crises and eventually prevailed over the Persians. 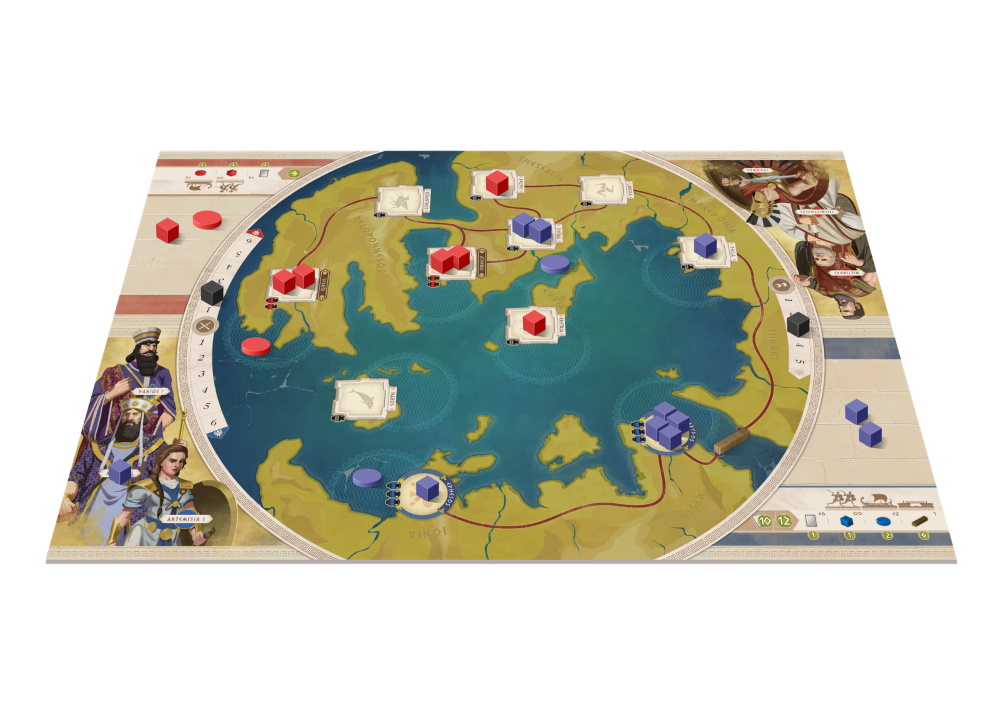 300 : Earth and Water is a wargame for two players. One player controls the Greeks, gathered around the Athenians, and the other controls the Persians, fighting for the hegemony of the eastern Mediterranean. Through all five expeditions, each player aims to control more cities than their opponent. 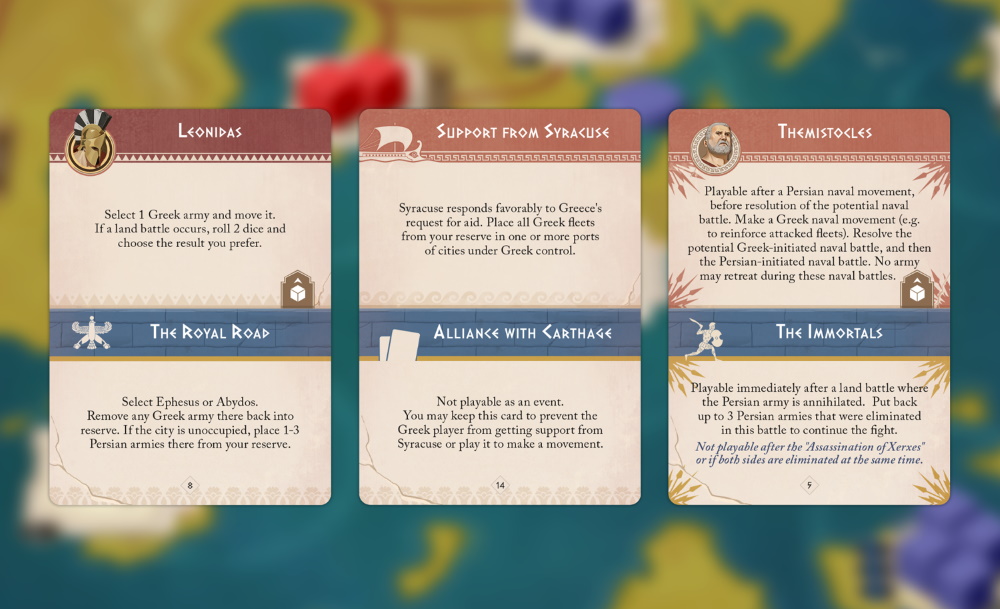 The game engine is a "card driven" system. Players raise armies and buy cards during production. Cards can be used to play an event or move an army or fleet. Events can provide advantages in battles or interfere with the enemy, but military action is paramount to win. Moreover, each game will change dramatically according the order the events occur.

The rules are simple and the playing time is short, but both Greece and Persia have a wide range of strategies, so victory will challenge both players.